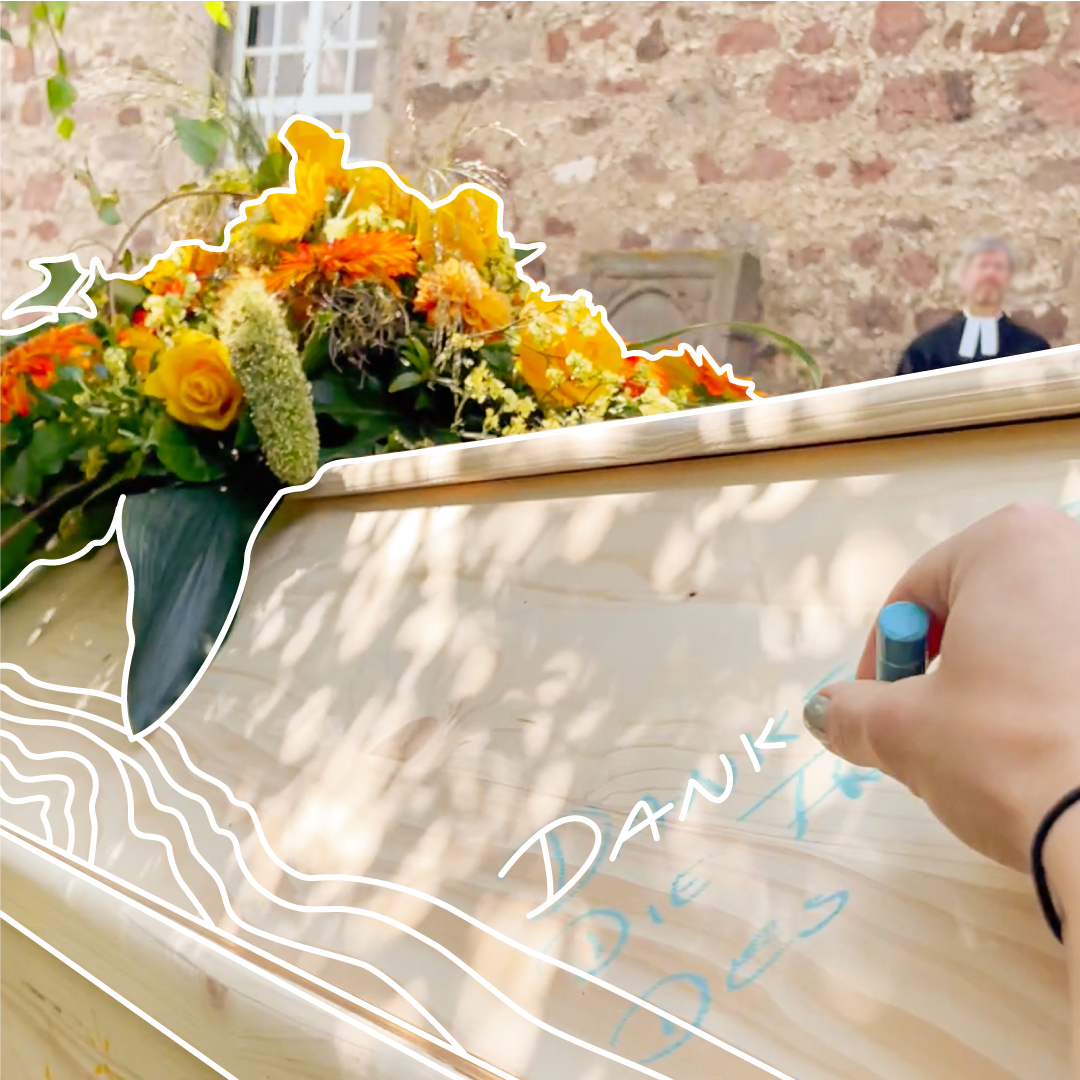 Grabstellen sind von Generation zu Generation weiter gegeben worden. Thus, symbolically, they have an important significance for our culture of remembrance. "The gravesite meant social identity even after death".1, writes historian Prof. Dr. Norbert Fischer about the European culture of remembrance. The prerequisite for this, however, is that the family members live locally and maintain and continue the remembrance rituals in the cemeteries.

As a result of the declining importance of Christian traditions of burial and remembrance culture and urbanisation, this is no longer the case. Traditions, such as family graves, and (religious) rituals, such as placing a grave candle on holidays, are losing importance. On the other hand, the importance that people attach to individual places of remembrance is growing. According to a Statista survey (see Fig. 1)2 on the wishes regarding one's own burial in 2017, around 15 per cent of respondents in Germany stated that they would like to have an urn kept at home or buried in their own garden. But in Germany, there is a strict cemetery requirement, a regulation that only allows the physical remains of a dead person to be kept in designated places (Burial Act § 10a). The cemetery in the sense of a place or system of storage has existed for several thousand years. Regardless of ethnicity, faith, gender or geography, people cultivate these places, which they maintain and design. From a purely practical-technical point of view, cemeteries had the function of disposing of corpses, which was necessary for hygienic reasons, especially in earlier centuries.

With the advent of cremation, however, the practical importance of the cemetery declined. The growing ecological awareness, the decline of religious interest and the general trend towards individualisation require alternative forms of burial. Changing social needs and expectations also influence the political framework.

New ecological forms of burial show, on the one hand, what innovative power is possible and how it could influence our burial culture in the future, especially by younger generations. At the same time, however, new burial methods raise the question of the place of remembrance. If the body becomes compost again and no physical place of storage is necessary, what might future places of remembrance look like? In the study conducted by Prof. Dr. Norbert Fischer on behalf of Aeternitas e. V. (2011), he observes the following restructuring: "The new way of dealing with death and the transformation of burial rituals has led not least to a tendency for burial sites on the one hand and places of remembrance on the other to drift apart".1. This thesis is supported by a representative Statista survey from 2017. Out of 990 respondents, only 12% said they go to the cemetery weekly or at least once a month (see Fig. 2).3.

The funeral culture of the 21st century has so far shown itself to be a rigid construct in which innovation is prevented. The innovation only consists of enabling new forms of ashes burial instead of developing new social burial rituals. Building a culture of mourning and a cult of remembrance remains a private matter, beyond the traditional rites of death and mourning. Volker Nölle, Professor Emeritus of German Philology4 notes as early as 1997 that although the concept of today's cemeteries and the associated cultures of remembrance continue to fulfil social functions, they are becoming less important. People are less able to identify with traditional farewell rituals because the existing procedures are too firmly based on Christian traditions and their philosophical approach to death. Young generations find it more difficult to access them. For sociologist Prof. Dr. Klaus Feldmann5 new technologies and media offer more important and effective stimuli for the formation of personal concepts of dying, death and mourning.

This is where we come in with farvel. Through emerging technologies, growing ecological awareness and the general trend towards individualisation, we want to find new ways to meet the needs of a secularised and diverse society. By creating virtual places, mourning can be given space individually and independent of location and contribute in a very special way to this central moment of saying goodbye.